On June 1, at the 2014 IBJJF Worlds, Michelle Nicolini added yet another world champion title to her impressive list of achievements. She is the only woman who has won world championships in light feather, feather, medium heavy, and open weight classes. Her latest win over Tammi Musumeci was the most talked about match of the 2014 championship, and the devastating arm lock she applied on her opponent was a submission most of us had never seen. 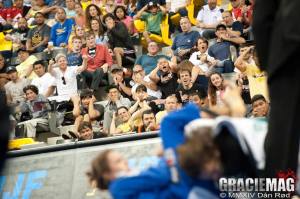 Michelle Nicolini is spending the rest of the month of June teaching Brazilian jiu-jitsu for women on both coasts. She is in Massachusetts, at Worcester MMA, June 9-14. The following weekend you can catch a women’s bjj seminar with her in San Francisco, at Ralph Gracie BJJ, and back to the East coast for the Grappling Girls Guild camp June 27-29, in Washington, DC. Don’t miss the opportunity to train with the most decorated black belt competitor, and learn the secrets of her annihilating submissions. 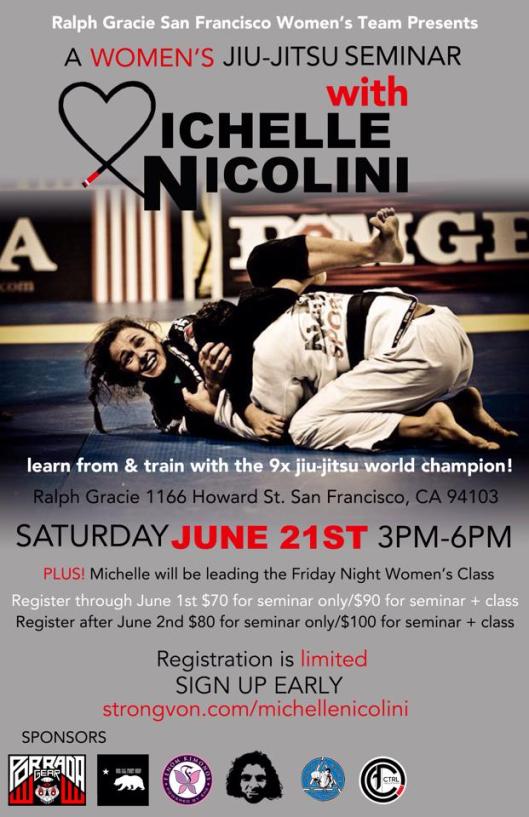